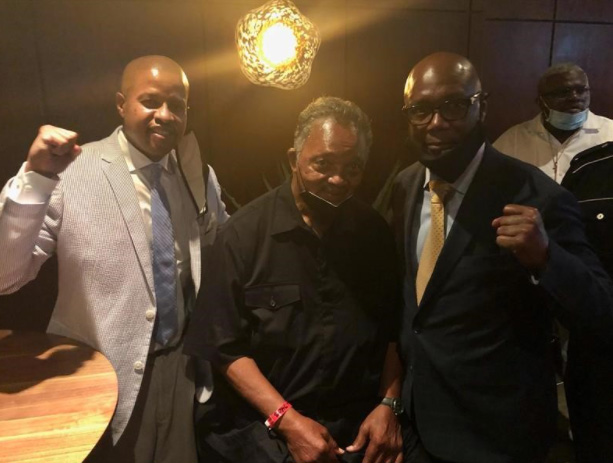 Thank you for joining us in Washington, D.C. earlier this month to promote our sacred movement for justice. This historic event to defend voting rights called nearly one hundred clergy from across the country to rally at the nation’s capital. We are grateful for your presence – as we received the incredible news that the John Lewis Voting Rights Act was introduced by Congress this week.

Your prayers and your presence matters.

The fight for justice is not finished, we continue to defend our sacred right to vote through peaceful demonstrations, marches, and rallies. The delegation of Texas lawmakers continues to #HoldtheLine and deny quorum to the Texas Legislature. Their courage and stand for justice continues to inspire us.

And, we will be heading back to Washington, DC in a few days to join them as they lead the August 28 March On Washington. The focus of the March On Washington is Voting Rights, and we are proud to stand with our Texas delegation to continue to push democracy forward.

On July 12, Texas House Democrats packed their bags and headed for the nation’s capital in a high-profile effort to block the passage of GOP-backed voting restrictions. Democrats hoped their exodus would break what’s called a quorum — the minimum number of lawmakers needed to conduct business — so Republicans couldn’t pass legislation that could ban drive-thru and 24-hour voting, among other sweeping restrictions. The move quickly garnered condemnation from Republican officials, who vowed to do what they could to compel Democrats back to Austin. Democrats, meanwhile, hoped to leverage the national attention and advocate for a pair of federal voting bills.

Push Democracy forward ignited a flame in the hearts of Austinites to support our Texas House Democrats in Washington, D.C., as they sacrificed their own needs to fight for ours. To call attention to what is necessary to reshape democracy, we felt there was no other way but to carry our fight to Washington as well.

Leading up to the events, Push Democracy Forward and collaborating organizations gathered morning, noon, and night to put together the strategic events to address key issues that our government has continued to ignore.

On August 2, Push Democracy Forward joined Rev. William Barber and the Poor People’s Campaign at the National Moral Monday Action to demand the end to the filibuster, passing all provisions of the For the People Act, raising the federal minimum wage to $15/hr., and permanent protections, dignity, and respect for all 11 million undocumented immigrants.

At the conclusion of the reception, guests were invited to Allen Chapel AME Church for a Worship Service. Souls were touched by Dr. Frederick Haynes, lll, and myself. Our voices were heard by God, and we pray that God carries our voices to the ears of our lawmakers in Texas and across the nation.

On our last day in the Capitol of the United States, we began our historic march at the Supreme Court which meant that we were calling attention to the forgotten saying “that this nation, under God, shall have a new birth of freedom and that government of the people, by the people, for the people, shall not perish from the earth” (U.S. President Abraham Lincoln, The Gettysburg Address, November 19, 1863).

We gathered under the steps of the Supreme Court of the United States to hold our government accountable for what they have promised, the exact phrase on the SCOTUS building, Equal Justice Under Law.

At the conclusion of the prayer and march, we learned that Rep. Cori Bush was holding a vigil on the eviction moratorium, so we marched to her side to stand and pray with her. The very next day President Biden announced that he was extending the moratorium!

And the entire Push Democracy Forward Team, with a special thanks to Black Voters Matter for the grant helped to facilitate clergy members’ to travel to D.C.